How Exercise Can Help Us Learn 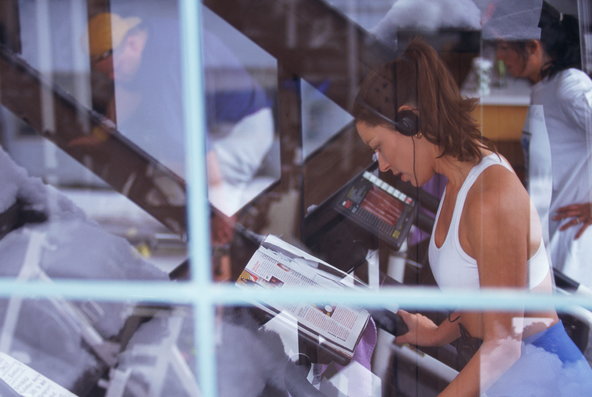 Over the past decade, in study after study in animals and people, exercise has been shown to improve the ability to learn and remember. But the specifics of that process have remained hazy. Is it better to exercise before you learn something new? What about during? And should the exercise be vigorous or gentle?

Two new studies helpfully tackle those questions, with each reaching the conclusion that the timing and intensity of even a single bout of exercise can definitely affect your ability to remember — though not always beneficially.

To reach that conclusion, scientists conducting the larger and more ambitious of the new studies, published in May in PLoS One, first recruited 81 healthy young women who were native German speakers and randomly divided them into three groups. Each group wore headphones and listened for 30 minutes to lists of paired words, one a common German noun and the other its Polish equivalent. The women were asked to memorize the unfamiliar word.

That result contrasts tellingly with the findings of another new study of memory formation and exercise, presented in May at the annual meeting of the American College of Sports Medicine in Indianapolis. During this study, 11 female collegians read a dense chapter from a college textbook on two occasions: once while sitting quietly and, on a separate day, while exercising vigorously on an elliptical machine for 30 minutes. Immediately after each session, the students were tested on the material they’d just read. They were then retested the next day.

In this study, exercise did not help the women’s memories, at least in the short term. Their test scores were actually worse on the memory test conducted immediately after they’d exercised while reading compared with their scores taken soon after they’d been sitting quietly and studying.

But the recall gap disappeared the next day, when the women were retested. At that point, there were no differences in their scores, whether they’d vigorously exercised while learning the new material or not.

The message of these studies would seem to be that exercise timing and intensity interact to affect memory formation, said Maren Schmidt-Kassow, a professor at the Institute of Medical Psychology at Goethe University in Frankfurt, Germany, who led the study of gentle bicycling and memory. Exercising during learning was, in her study, significantly more effective than exercising beforehand or not exercising at all.

But that beneficial impact probably depended on the mildness of the workout, she said. Light-intensity exercise will elicit low but noticeable levels of physiological arousal, she said, which, in turn, presumably help to prime the brain for the intake of new information and the encoding of that information into memories.

If the exercise is more vigorous, however, it may overstimulate the body and brain, she said, monopolizing more of the brain’s attentional resources and leaving fewer for the creation of robust memories.

This theory also helps to explain why, in both studies, memory recall was best a day or two after exercise, by which time, Dr. Schmidt-Kassow said, physiological arousal would have dissipated.

Of course, the mysteries of human memory remain, by and large, mysteries. These new studies don’t explain how, for instance, at a molecular level, exercise affects the creation of individual memories. It is likely that, as part of the arousal process, exercise stimulates the release of certain chemicals in the brain that affect memory formation, Dr. Schmidt-Kassow said. But that idea has yet to be proven, although she and many other scientists have applicable studies underway.

For now, though, there is some practical takeaway from the current studies, said Walter Bixby, an associate professor at Elon University in North Carolina, who oversaw the study of vigorous exercise and reading. “If you have an exam” or other activity that involves memorizing and recalling information “in a few hours, you would probably be better off sitting quietly and studying,” he says. “However, if the exam is the next day, it won’t hurt you to study while exercising.” And if your workout is gentle, it could even help.