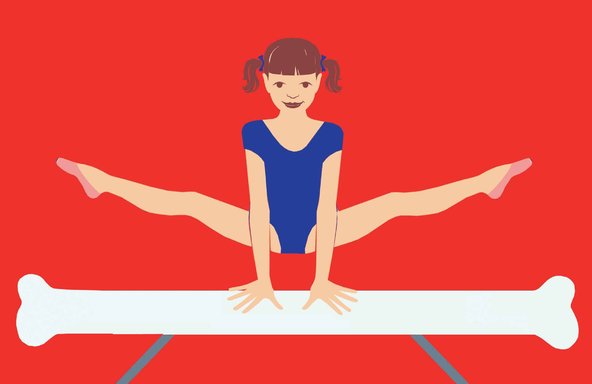 Most people don’t start thinking about the health of their bones until midlife or later, by which time it can be too late to do very much to protect against serious bone loss and resulting fractures.

Researchers who study bone health say concern about the strength of one’s bones should start in childhood and continue through adolescence, when the body builds most of the bone that must sustain it for the remaining years of life.

Once peak bone mass has been reached, further gains are minimal, so childhood through adolescence is the best time to pay attention to bone development. By age 20, girls have gained between 90 and 96 percent of their peak bone mass. For boys, the peak occurs a few years later.

About 26 percent of total adult bone is accrued in two years around the time that bone mass increases the most — at age 12.5 in girls and 14.1 in boys. The amount of bone added during those two years is about the same as what is typically lost in the 30 years between ages 50 and 80.

Lifelong studies have not been done in people, but the best available evidence strongly indicates that increasing peak bone mass in childhood by just 10 percent could delay osteoporosis, especially in postmenopausal women, by about 13 years.

Although nothing can be done about the three factors with the greatest influence on bone mass — age, gender and genetics — two others under personal control can make the difference between suffering crippling fractures in midlife and escaping the effects of osteoporosis until after age 90. Those are physical activity and the bone-building nutrients, calcium and vitamin D.

While the focus here will be on the effects of exercise, it should be noted that calcium consumption by adolescent girls is often seriously inadequate, compromising their ability to build strong bones that will last a lifetime.

Exercise affects bone strength in two ways: in response to the pressure of gravitational forces like those experienced when walking, running or jumping, and in reaction to the stress exerted by muscle contraction.

You might think that any kind of exercise is good for bones, and the more active a child is, the better. That is largely, but not always, true. On average, as with adults, active children have higher bone mineral density and reduced risk of fractures compared with their inactive counterparts, Dr. Kirk L. Scofield noted last year in Current Sports Medicine Reports. But some types of activities are better than others. Studies have found that the bone mineral density of young endurance runners is consistently lower than that of sprinters, gymnasts or ball sports athletes. In fact, those engaged in endurance and non-weight-bearing activities sometimes have weaker bones and a greater risk of fractures, both while actively competing and later in life, than their inactive peers.

“Repetitive stress can tear down bone and is not the best for increasing bone strength,” Dr. Scofield said in an interview. “It’s not that running, walking, cycling or swimming are bad. They’re just not as good for bone strength as other types of athletic activities.”

Bones, he said, seem to respond best to a combination of stress, rest and variety, which suggests that youngsters engaged in endurance activities should also do cross-training to maximize bone strength.

Dr. Scofield, a sports medicine specialist at the University of Minnesota in Minneapolis, said that the most effective form of stress on bones is that which works against gravity and starts and stops, as happens when playing soccer, basketball, or tennis; doing gymnastics or dancing; using resistance equipment; or lifting weights.

In a study of 99 college women who participated in NCAA Division 1 sports, runners had the lowest bone density values at every site measured except their legs. Swimmers and divers also showed bone deficits when compared with those who played soccer or field hockey, for example.

A major bone-robbing issue for some young athletes, especially women, is what sports specialists call “energy availability” — the amount of energy they consume during exercise minus the amount they expend, divided by their lean body mass (muscle and bone). It represents the energy left to support all the body’s functions, including formation of new bone.

Low energy availability can result from insufficient calorie intake, excessive calorie expenditure during exercise, or a combination of the two, even if the athlete does not appear to be underweight and is not undernourished, Dr. Scofield said.

Runners, for example, may burn so many calories there’s not enough energy left to maintain normal bone health. He recommends a nutrition consultation for young athletes who suffer stress fractures, an indication of bone weakness that can be from low energy availability.

A related concern that can result from excessive training is a syndrome called “female athlete triad” — an interrelationship between energy availability, menstrual function and bone density. Girls who overexercise and don’t consume enough calories to support all bodily functions can suffer menstrual irregularity or lose their periods entirely, which can lead to muscle and bone injuries.

In a study of 249 females athletes at three high schools published in The Journal of Athletic Training last year, researchers in Provo, Utah, found that nearly 20 percent experienced menstrual irregularities and 63 percent developed musculoskeletal injuries, with the highest percentage of injuries among those with irregular or missing periods.

I asked Dr. Scofield what advice he would give to the parents of young children and adolescents. His response: “Get kids away from electronics and encourage them to play actively and do a lot of different activities. Equally important is to avoid pressuring them to be too thin.”

He also urged adequate consumption of calcium-rich foods, like dairy products and canned salmon and sardines with the bones. An assessment of calcium intake can be determined from a Web-based calcium calculator.

Children ages 4 through 8 should consume 800 milligrams of calcium daily and those 9 through 18, 1,300 milligrams. If children are not getting enough calcium from their diet, Dr. Scofield recommends that they take a calcium supplement with vitamin D.

Vitamin D is needed for the body to absorb and utilize dietary calcium, and children ages 1 through 18 need 800 International Units daily. Most vitamin D is obtained when skin is exposed to sunlight, but the widespread use of potent sunscreens has greatly reduced this source, so a supplement may be essential.

A version of this article appeared in print on 08/06/2013, on page D5 of the NewYork edition with the headline: To Ensure Bone Health, Start Early.